EEG is now an Ai-Media company, bringing leading, vertically-integrated solutions and services to customers around the world. Read more here. 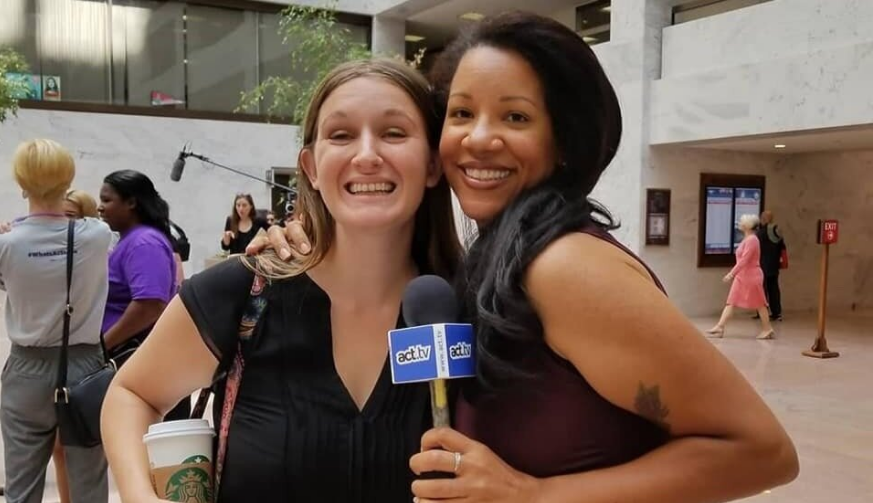 Count on an innovative team to take an advanced stance on closed captioning. act.tv has seen rapid growth by specializing in live streaming production for progressive media, while connecting movements, causes, and political candidates directly to engaged audiences.

Brad Gans, act.tv’s Creative Technical Director, oversees the daily creation of live streams, virtual town halls, and other custom productions from his operations center in Brooklyn. It’s a content creation powerhouse that’s generated close 1 billion+ combined views since launching in 2013, and quality captioning and subtitling have been key to its growth strategy.

“Everyone asks us about closed captions now – they’re not an afterthought anymore,” Gans says. “We started captioning early on for our own internal productions, and when our clients saw how well it worked, they said, ‘We want captions, too.’ It’s becoming a production asset that people want and think about from the beginning.”

“Obviously, readable video is inherently accessible to more people,” says Gans. “But equally important is that many viewers are using Facebook to consume the content we make, and if content in their news feed is captioned, they’re more likely to stop and watch it. The reason for that is because most people don’t turn their video feed’s sound on right away—they like to see what’s happening first.

“Virtually all of act.tv’s live streams now have on-screen text, placed in the lower third to contextualize what people are watching. Our EEG captioning solutions play a big part in that process.”

“All of our captioning flows through Falcon,” Gans says. “At act.tv we send the video from our encoder to the captioning server where it gets captioned by a human captioner or Lexi, and then on to syndication to social media. It’s that easy.”

Lexi is the premier cloud-hosted automatic captioning service from EEG. Delivering over 90% accuracy in English, Spanish, and French for many common media types, Lexi is optimal for improving compliance and accessibility on currently uncovered material. As a cloud service, Lexi is frequently updated with new data for global news and entertainment. Lexi can also monitor user-supplied URLs to absorb and leverage new data to match current on-air media transcriptions.

“We turn to Lexi when flexibility is essential,” notes Gans. “It’s ideal for situations like fast-breaking events when you need a captioner now, but can’t get one because everyone is booked. It’s also helpful at odd times of the day, such as when captioning coverage is needed for a 5 AM live stream.”

Although act.tv has its captioning workflows worked out, the multifaceted media company knows that it can count on elite support from EEG for technical help with a complex new situation. “EEG’s support team has been awesome,” confirms Gans. “They’re always there for me whenever I have a question.”

As streaming media becomes an increasingly vital news and information source, captions can be expected to play an expanding role in engaging audiences. The way Brad Gans sees it, EEG solutions like Falcon and Lexi make it easier than ever for content creators to benefit from everything that captions can do. “Today’s viewers expect live captioning, no matter what platform they’re consuming,” he says. “When you’re using EEG, captioning isn’t complicated.”